Raleigh Mayor Mary-Ann Baldwin and U.S. Rep. David Price (D-Raleigh) marked the occasion with a few words before the public was green-lighted for its own tour. The models are expected to be officially in use by early February and will initially be used on routes that run only during peak hours, according to company spokeswoman Burgetta Wheeler.

The vehicles were built by Proterra Inc., a California company with a plant in Greenville, South Carolina, and will bring the total of public electric buses in the region to six, adding to the four already in use at the Raleigh-Durham International Airport (RDU) for shuttling travelers between remote parking lots and the terminals. 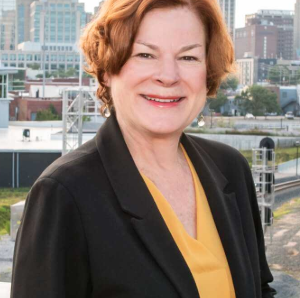 GoTriangle has also ordered five additional models it hopes to have on the roads by 2021.

Though the cost of an electric bus can go as high as $800,000, about $300,000 more than a typical diesel bus, the models are less expensive to run because of lower fuel and maintenance costs.

Over the first five months, RDU estimates it saved more than $25,000 on fuel and maintenance costs on its Proterra buses.

Want to get notified whenever we write about City of Raleigh ?

Sign-up Next time we write about City of Raleigh, we'll email you a link to the story. You may edit your settings or unsubscribe at any time.